We created this chess variant inspired by Bobby Fischer's Chess960 game (also known as Fischer random chess) to expand upon the "freestyle" play of Chess960 and create a fast-paced game that placed emphasis on creativity over formal chess education.

Pieces:
Each player pulls out a king, queen, rook, bishop, knight, and four pawns to start the game.

Board:
This game is generally played on a 5x5 chessboard. You can either draw one up yourself, or place border on a standard chessboard to achieve this. 6x6 is also playable, though tends to be a longer game.

Objective:
Place the enemy king in checkmate OR run the game until the opponent has no chance of winning.

It is recommended that both players arrange their pieces in a "lineup" as follows:

This helps players keep track of which piece can be summoned next, and what is left to play.

Movement:
All pieces have standard chess moves. However, be aware that all pieces are directional (they face a direction - forward or back).

Summoning Pieces:
When a piece that began on one side reaches the opposing back row, you may summon a new piece.
To summon a piece, you choose the next piece from your summoning order onto the board within 1 square of your king.
You may not summon a piece in the middle row.
When you are out of pieces, you cannot summon any more.
The rook may only summon two pieces in a row before another piece must summon next.

Promotion:
When you are out of pieces to summon, a pawn that crosses the board will be promoted to a power piece instead. It replaces the pawn instead of summoning next to the king.
You must promote an entire "set" of power pieces before promoting a second of a previously-promoted power piece (ie: can't promote two rooks without first promoting a bishop and a knight).

Ending the Game:
If a player's king is in check, and they cannot move out of check then they are in checkmate and lose the game.
If a player demonstratably has no way to summon any more pieces (ie: they only have a king left and either no pieces or no way to reach the opposite side) they must forfeit the game.

King and Pawn to begin game.

Notes:
Power pieces are the Rook, Bishop, and Knight. During normal summoning (not promotion) you only have one of each to summon. So for example if you summon the Knight first and lose your piece, you cannot recall the Knight on the second power piece summon oppertunity.

This game is also available on Tabletop Simulator (available on Steam), just look up "ChessFree60". 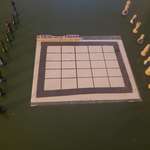 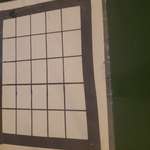